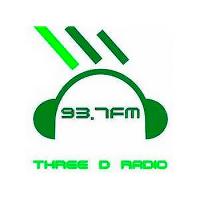 Three D Radio you can listen on this page of our site. Station work in genres: Rock, Indie. Three D Radio (call sign: 5DDD) is a community radio station based in Adelaide, Australia and located in St Peters, South Australia. Established in 1979, it broadcasts on 93.7 MHz across the greater metropolitan area of Adelaide and the surrounding rural areas, as well as a live stream via its website. Three D Radio is run by volunteers, with no paid staff and is funded by contributions made by its listeners and the very occasional grant.. Three D Radio has a rating 5.0. Broadcasting country: Australia. The station was rated by 1 listeners. Three D Radio you can also listen in the FMCUBE app for Android.

RadioActive Rock
The next level of online Rock