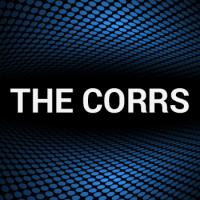 Radio The Corrs you can listen on this page of our site. Station work in genres: Discography. The Corrs are an Irish folk rock/pop band consisting of siblings Andrea (lead vocals and tin whistle), Sharon (violin), Caroline (drums and bodhrán) and Jim Corr (guitar and piano). Formed in their hometown of Dundalk, Ireland, in 1990, the band's discography includes five studio albums (all of which peaked at number one in the Irish Albums Chart), three live albums and three compilation albums, as well as six video albums and twenty-five singles.. Radio The Corrs has a rating 5.0. Broadcasting country: Ireland. The station was rated by 1 listeners. Radio The Corrs you can also listen in the FMCUBE app for Android.