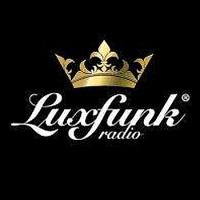 Radio Luxfunk Radió you can listen on this page of our site. Station work in genres: Rap, Hip-hop, RnB, Funk, Disco. Luxfunk Radio is the first and the only Internet radio in Hungary that plays Funky music of high standard. Primarilly we offer you classical funky, rap, soul and rnb. The best songs of the last three decades are being played 24 hours a day. It is not by chance that we avoid the word ‘hit’. There are so many records that has never been promoted by the media, dispite the fact that they are really precious and enjoyable. One of the aims of Luxfunk Radio is to give its audience unique, rarely played. Radio Luxfunk Radió has a rating 5.0. Broadcasting country: Hungary. The station was rated by 1 listeners. Radio Luxfunk Radió you can also listen in the FMCUBE app for Android.