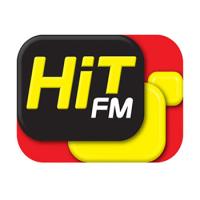 Radio Hit FM (Orte) you can listen on this page of our site. Station work in genres: Pop. My radio in Italy and im FM radio and visual. My radio is born in 1982 the radio was born in 1982 and was called RADIO DOMANI and was managed by the parish priest of the city of Vignanello, then in 2005 it was taken over by Leonardo Bernardi who transferred the radio from Vignanello to Orte and changed its name making it Hit FM. The musical genre is TOP 40.. Radio Hit FM (Orte) has a rating 4.5. Broadcasting country: Italy. The station was rated by 8 listeners. Radio Hit FM (Orte) you can also listen in the FMCUBE app for Android.

Russkij Berlin
News and Music station in Berlin (in Russian)