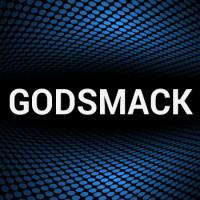 godsmack - i am
More tracks

Radio Godsmack you can listen on this page of our site. Station work in genres: Discography. Godsmack is an American heavy metal band from Lawrence, Massachusetts, formed in 1995. The band is composed of founder, frontman and songwriter Sully Erna, guitarist Tony Rombola, bassist Robbie Merrill, and drummer Shannon Larkin. Since its formation, Godsmack has released five studio albums, one EP (The Other Side), four DVDs, one compilation album (Good Times, Bad Times... Ten Years of Godsmack), and one live album (Live and Inspired).. Radio Godsmack has a rating 5.0. Broadcasting country: USA. The station was rated by 2 listeners. Radio Godsmack you can also listen in the FMCUBE app for Android.