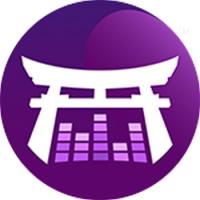 Gensokyo Radio you can listen on this page of our site. Station work in genres: Electronic, Game, Anime. Some of the best arranges of Touhou music from the global community. The Touhou Project series of games has held one of the largest presences at Comiket in Japan for more than a decade, and the global community and fanbase for the series is one of the most prolific in the world. As such, there are hundreds of fan circles and thousands of fan-made albums in existence, and Gensokyo Radio aims to promote these circles and groups, the community, and the games themselves through music.. Gensokyo Radio has a rating 4.5. Broadcasting country: USA. The station was rated by 2 listeners. Gensokyo Radio you can also listen in the FMCUBE app for Android.

Bassdrive
Bassdrive Worldwide Drum and Bass Radio is a 24/7 drum n bass radio station featuring live shows with guest DJs, as well as broadcasts from venues all over the world representing the best of drum&bass and jungle music from around the globe