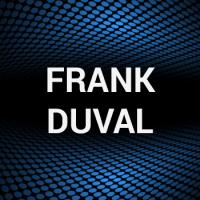 Radio Frank Duval you can listen on this page of our site. Station work in genres: Discography. Frank Duval is a German composer, conductor, record producer, songwriter and singer. Born into an artists' family, he studied as an actor and dancer, but also sang with his sister, Maria. By the 1960s, Duval was also composing music, both orchestral and pop, and his first soundtrack, for an episode of the German serial Tatort, was broadcast in 1977. From his 1979 first album, Die Schönsten Melodien Aus Derrick und der Alte, the song "Todesengel" became a moderate hit. During the 1980s, Duval rel. Radio Frank Duval has a rating 5.0. Broadcasting country: Russia. The station was rated by 30 listeners. Radio Frank Duval you can also listen in the FMCUBE app for Android.