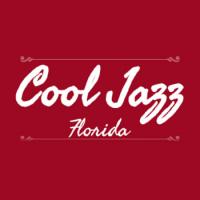 Radio Cool Jazz Florida you can listen on this page of our site. Station work in genres: Jazz, Blues, Soul. Longtime South Florida radio personality Stu Grant followed in his father’s footsteps by becoming a jazz deejay. And like Alan Grant — who died at age 93 in 2012 after a decorated career and a wealth of memories, from winning a Grammy for introducing Wes Montgomery in New York City on his 1965 live album “Smokin’ at the Half Note” to being a pallbearer for General Patton — the 66-year-old son learned to persevere. The Brooklyn-born Grant had a popular jazz show for 12 years on Love 94.. Radio Cool Jazz Florida has a rating 5.0. Broadcasting country: USA. The station was rated by 12 listeners. Radio Cool Jazz Florida you can also listen in the FMCUBE app for Android.

Blues Radio
Welcome to Blues Rock Radio The BLUES is All over the World! Most of you come here because we share a common interest: the blues