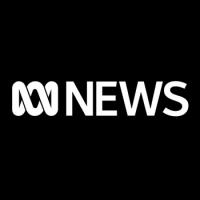 ABC NewsRadio you can listen on this page of our site. Station work in genres: News, Talk. ABC News has a 24-hour news format, including extensive finance, science and IT reports, as well as extended reports from the ABC's local and international news sources.. ABC NewsRadio has a rating 5.0. Broadcasting country: Australia. The station was rated by 14 listeners. ABC NewsRadio you can also listen in the FMCUBE app for Android.

Russkij Berlin
News and Music station in Berlin (in Russian)